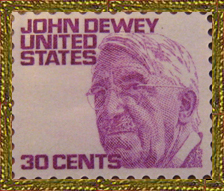 Ambiguity of the Psychological Basis-
The notion that all action is "for the self" is infected with the same ambiguity as the (analogous) doctrine that all desire is for happiness.  Like that doctrine, in one sense it is a truism, in another a falsity - this latter being the sense in which its upholders maintain it.  Psychologically, any object that moves us, any object in which we imagine our impulses to rest satisfied or to find fulfillment,becomes, in virtue of that fact, a factor in the self.  If I am enough interested in collecting postage stamps, a collection of postage stamps becomes a part of my "ego," which is incomplete and restless till filled out in that way.  If my habits are such that I am not content when I know my neighbor is suffering from a lack of food until I have relieved him, then relief of his suffering becomes a part of my selfhood.  If my desires are such that I have no rest of mind until I have beaten my competitor in business, or have demonstrated my superiority in social gifts by putting my fellow at some embarrassing disadvantage, then that sort of thing constitutes my self.  Our instincts, impulses, and habits all demand appropriate objects in order to secure exercise and expression; and these ends in their office of furnishing outlet and satisfaction to our powers form a cherished part of the "me."  In this sense it is true, and a truism, that all action involves the interest of self.