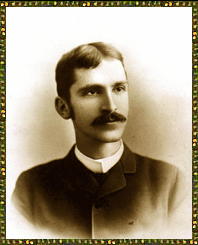 Prior to John Dewey's immense contributions at the University of Chicago and Columbia University he and his wife Alice Dewey were effective and influential academics at the University of Michigan.  The Deweys were devoted parents deeply interested in child behavior and development.  In 1888, five months after the Deweys' arrival at Ann Arbor, George Sylvester Morris, acting head of the philosophy department, died and Dewey assumed the position.  Dewey and his students and colleagues, James H. Tufts, George Herbert Mead, and Thomas Lloyd, created a department remarkable for its innovation and pioneering spirit.  In 1889 Dewey became interested in changing views of dogmatism, religion, and ethics and shifted the University of Michigan's ethics curriculum to a more publicly responsive moral view.  He published a new secular journal "Ethical Cultural Society."  Alice Dewey graduated from the University of Michigan in 1886 at age 27 and founded the Women's League in 1890.  During the summers at that time Dewey attended and taught at the Thomas Davidson's Concord School of Philosophy, Glenmore, New York.